This mistress is as cruel as the best of them. She wanted to degrade her slave and she did not want to do it the normal way. She decided to try something she had not tried before. She decided to try vomiting. She made him lie down and vomited on his face and into his mouth. He was required to swallow all that vomit and eat it like his food.

Heather throws up after drinking a gallon of milk

Heather loves to eat. She had broken up with her boyfriend and she was heartbroken and devastated. Whenever she feels down and stressed, she likes to eat. So she went to her fridge and found a gallon of milk. She did not think twice. She drank all of it. It did not take long and she did not need to gag herself. She vomited and got all of that milk out of her system. 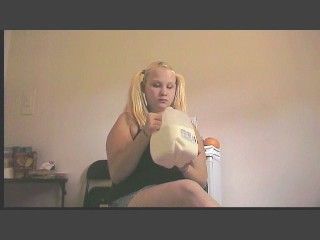 Lady Milena throws up on slave

Lady Milena is a cruel mistress. But even with her experience in slave humiliation and torture, she had never tried vomiting on her slave. She liked the idea and wanted to try it. So she called her slave and made him lie down. She played with her mouth and he thought she would blow him. He stroked his penis in anticipation but was surprised when she gagged herself and threw up in his face.

Grace and Katharina wanted to humiliate and degrade their slave without him knowing. It was meant to be a surprise humiliation. He was used to being trampled so they made him lie down as they ate. Grace got up from her seat and made her way to him. He could not have guessed what happened next. She puked on his face! He thought she would trample him but she did worse!

Mistress forces herself to puke

This mistress had a hangover and she wanted to be ready for work. She forced herself to puke so that she could feel relieved. She gagged herself and within seconds, she was vomiting her gut out. She threw up almost everything that was in her mouth and she felt better within minutes of her vomiting. She was now ready to go to work but with a promise to not drink on weekdays. 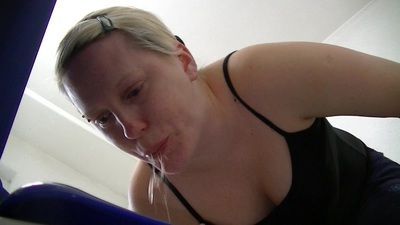 Puking with a hood

A woman is going to make a video of all of the adventures she has when she is driving around. One of her favorite videos to make is one of when she decides it is time to puke. All she is going to do is lean outside of her automobile, because she wants to make sure that she gets plenty of puke and vomit running down the outside of her car. 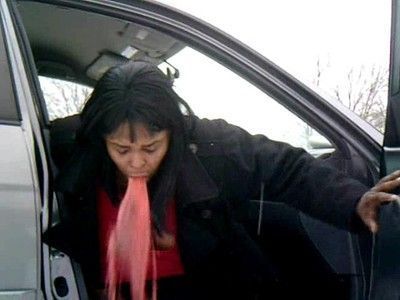 A prison warden is going to be extremely mean to all of the people that are inside of her jail. She has decided that she is going to do many different things that can be considered extremely degrading. Not only are all of her inmates going to be covered in shit, but she also might even cover them in vomit as well. She believes in punishment to the fullest extent.

Baby has a stomach ache

Baby is a cute girl that has a stomach ache. She also is in the mood to make a special video for all of her admirers. She knows that her admirers and enjoy watching her vomit and gagging into her toilet. She is going to open her mouth, so that she is able to vomit clearly for her video. She wants to make the best puking video possible for all of her fans. 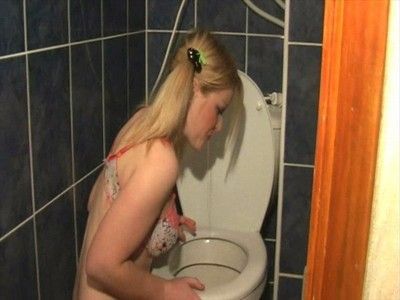 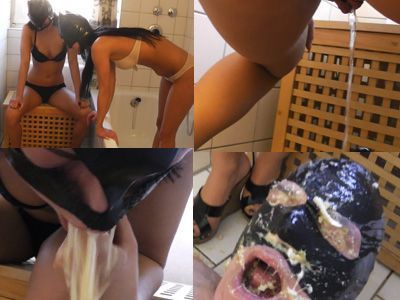