All articles tagged with "Vomiting Girl"

These mistresses hate snitches and when they caught this one, they taught him why it was wrong to snitch. He was forced to smear their puke on himself. The mistresses gagged themselves and vomited on his body. Then they did it again and this time they made him drink the puke. He was thoroughly degraded and humiliated but he had no choice but to do what the mistresses wanted him to do.

Mistress Domi and her puke fetish

Mistress Domi loves to puke. She enjoys doing it to losers as punishment because she is able to make them do what she wants. Today she took this loser to her house and she trampled him. As he opened his mouth to beg for mercy, she puked into it and forced him to swallow it. She enjoyed it and she did it again and again till she was tired of it.

Mistress degrades slave by making him eat her puke

When this mistress realized that her slave was a liar, she planned to punish him in a manner that would send a strong message to him. A manner which would let him know she would not tolerate lying. A manner in which he would apologize and never forget about the punishment. So she puked on her slave. She made sure he licked and swallowed her puke before she felt it was enough. 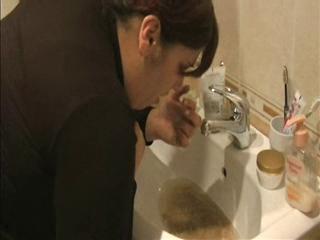 This mistress likes to have fun on her own. That means that she tries many things to see what she likes. She is very experimental. Today she wanted to try have fun with her equally crazy boyfriend. She gagged herself and puked on him. She also used the pike as a lubricant and masturbated with it. She also kissed her boyfriend and they played with the puke and it was fun surprisingly.

This mistress does not like the fact that her boyfriend was making out with another girl. She wanted to send a message that he will never forget in his entire life. So she called him and let him know that she had seen him. He apologized profusely but she had to punish him. She puked on him and made him eat it. Then she used it as lube to jerk him off.

Abigail throws up on herself

This mistress knew that this guy had a crush on her. She knew she could do anything she wanted to him and he would never tell her no. So she decided to try her puking fetish on him. She made him lie down and she puked into his open mouth. She had him eat her puke before she made him lick her dirty butthole. He did it all without asking any questions.

Ebony Jay Pukes Before the Party

This cute ebony girl Jay had an idea that I really liked. She wanted to empty her stomach before we went to a party so I stopped and let her puke out of the car. She leans over and a steady stream of vomit sprays out of her all over the ground. She just keeps throwing up and it doesn't seem to end, but there is another puking video coming right up. 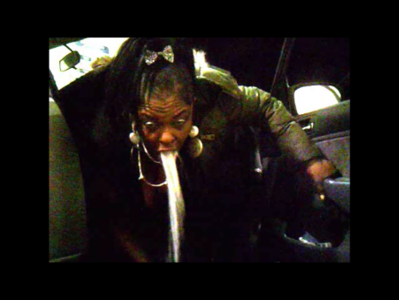 I took this cute little ebony princess out to breakfast and made sure she ate plenty of food. It mush have been too much because she wasn't feeling good when I took her home. I parked the car and filmed her leaning out of the car and puking all over the ground. After she is finished, I get a close-up of her pile of vomit that is smeared on the ground. 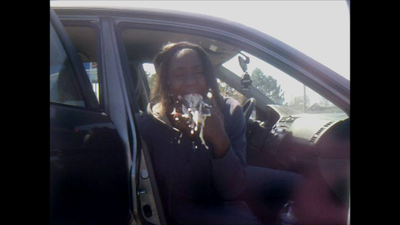